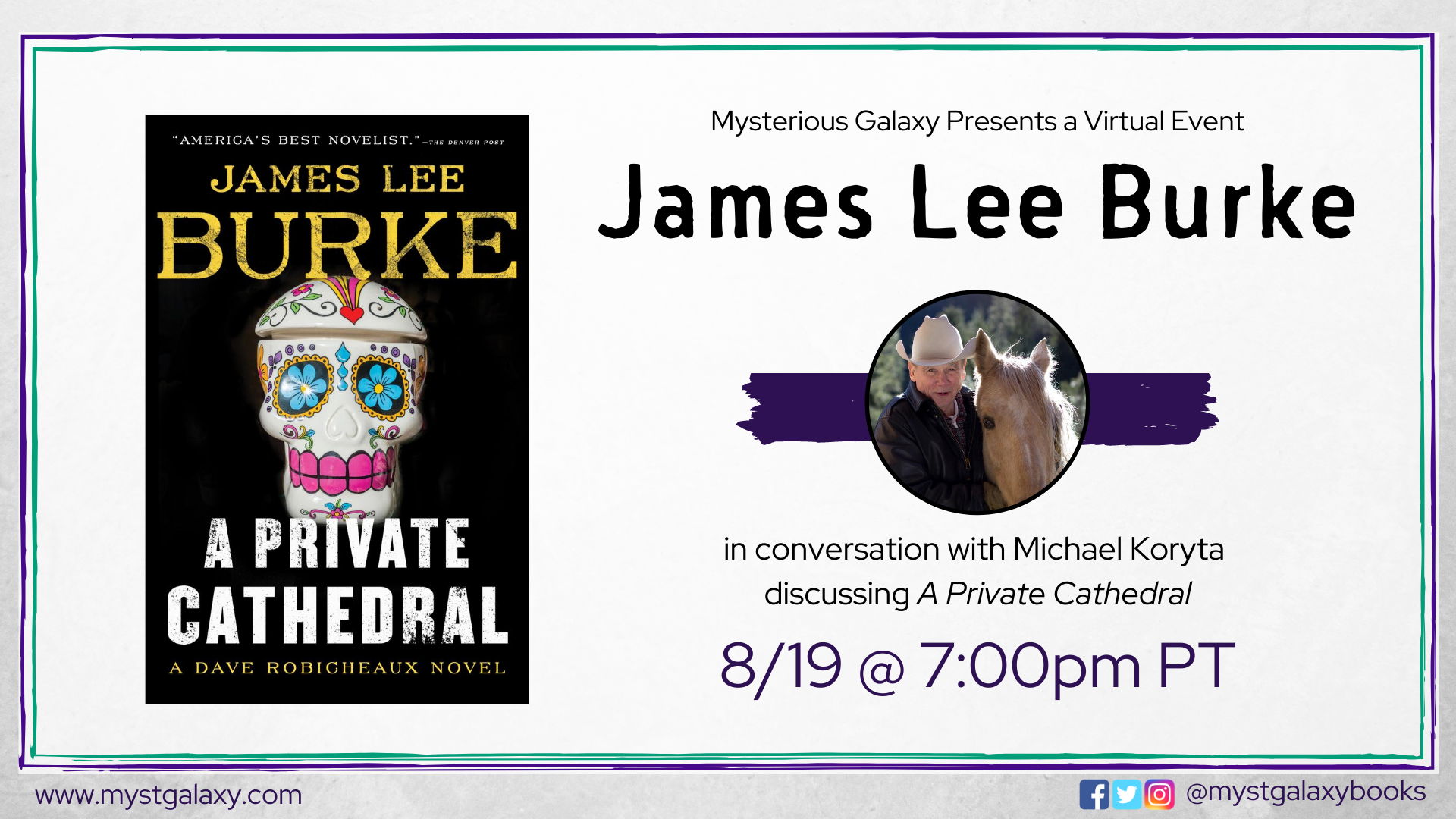 Event date:
Wednesday, August 19, 2020 - 7:00pm
How to join our Livestream
This livestream will be hosted on its Facebook event page under the discussion page. Click here to view!
About the Author
James Lee Burke is a New York Times bestselling author, two-time winner of the Edgar Award, and the recipient of the Guggenheim Fellowship for Creative Arts in Fiction. A legend of the mystery genre, he's authored thirty-eight novels and two short story collections. His latest novel, A Private Catherdral, is the next installment in his Dave Robicheaux series. After finding himself caught up in one of Louisiana’s oldest and bloodiest family rivalries, Detective Dave Robicheaux must battle the most terrifying adversary he has ever encountered: a time-traveling superhuman assassin.
James will be in conversatio with Michael Koryta who is the New York Times-bestselling author of 14 novels. His work has been translated into more than 20 languages and has won or been nominated for the Los Angeles Times Book Prize, Edgar® Award, Shamus Award, Barry Award, Quill Award, International Thriller Writers Award, and the Golden Dagger. They’ve been selected as “best books of the year” by numerous publications.
How to Order a Signed A Private Cathedral (personalizations not available)
At checkout under “Order Comments” write if you would like a signed book.

Sins of the Mother: A Caitlin Bergman Novel (Hardcover)