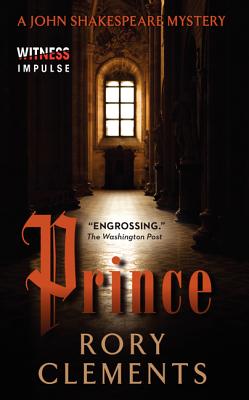 This is book number 3 in the John Shakespeare Mystery series.

England, 1593. Plague rages, famine is rife, and the city is in revolt. From this bedlam rises the sharpest of sleuths: a man named John Shakespeare.

Shakespeare’s brother investigates a series of murders rocking Elizabethan London. He follows the clues, which lead him from horseraces to brothels to an explosive encounter at sea. As he digs deeper, he discovers a plot that threatens not only the kingdom but everything he holds dear. This spellbinding historical thriller will delight fans of New York Times bestselling authors Ariana Franklin and Alex Grecian.