The Beat Goes On: The Complete Rebus Stories (Paperback) 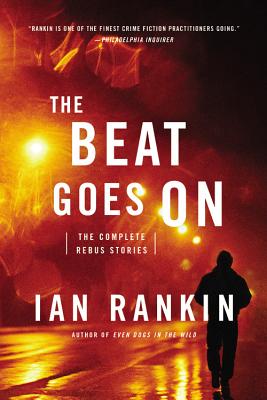 There is no detective like Ian Rankin's Detective Inspector John Rebus, a man The New Yorker calls "the ideal sleuth."

Brilliant, irascible and frequently frustrating to both his friends and his long-suffering bosses, John Rebus has made the dark places of Edinburgh his home for over two decades. The Beat Goes On collects all of Ian Rankin's Rebus short stories for the first time, including two never-before published tales written specifically for this collection.

From his beginnings as a young Detective Constable in Dead and Buried right up to his dramatic, but not quite final, retirement in The Very Last Drop, Rebus shines in these stories, confirming his status as one of crime fiction's most compelling, brilliant, and unforgettable characters. In these gripping, fast-paced tales, the legendary Scottish detective investigates the sinister cases that are his specialty, including a gruesome student death, the brutal murder of a woman at the crux of a love triangle, an audacious jewel heist, suspicious happenings at a nursing home, and an ominous email that brings a family's darkest secrets to light.

The Beat Goes On is the ultimate Ian Rankin treasure trove -- a must-have book for crime fiction aficionados and a superb introduction for anyone looking to experience DI John Rebus, and the dark, twist-filled crimes he investigates.

PRAISE FOR STANDING IN ANOTHER MAN'S GRAVE:

"Rankin bangs out a rich, rowdy prose...Rebus has become one of the great modern cops, a kind of Scottish cousin to Michael Connelly's Harry Bosch."—Patrick Anderson, Washington Post

"John Rebus remains one of crime fiction's crankiest, most interestingly complex figures....We can rejoice in Rebus's return--the mean streets of Edinburgh are better for it."
—Adam Woog, Seattle Times

"Rebus remains as fascinatingly complex and gruffly engaging as ever. Retirement will not suit him, or Rankin's readers."
—Dan DeLuca, Philadelphia Inquirer

PRAISE FOR SAINTS OF THE SHADOW BIBLE


"Longtime fans of the series will savor every nuance in the subtle interplay between characters here, but Rankin doesn't forget the thriller plot, either, corkscrewing the narrative into a surprising and satisfying conclusion. Hats off to a writer who can keep a long-running series fresh by upsetting our expectations and rummaging ever deeper into the rag-and-bone shop of his characters' hearts."—Booklist

"[There is] real joy in watching Fox and Rebus dance around each other, acknowledging a burgeoning respectful rapport in spite of themselves, while the ace Siobhan Clarke - more please, Mr. Rankin! - shoulders new responsibilities."
—Boston Globe

"Ian Rankin issuch a practiced and successful writer...If anything, he is at the top of his game, and Saints of the Shadow Bible is one of the best novels he has produced."—BookReporter

"Rankin shows no signs of losing steam with John Rebus...his interaction with Malcolm Fox works to build empathy for both characters, as fans discover a side of Fox not seen before...Rankin's gift with dialogue, his wit and raw examination of human nature continue to intensify, resulting in a resonant reading experience for both seasoned series devotees and new Rebus recruits."
—Shelf Awareness

"This might be the best detective novel of the year."
—Dayton Daily News