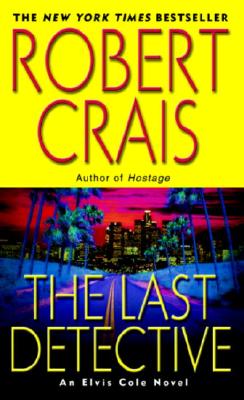 This is book number 9 in the An Elvis Cole and Joe Pike Novel series.

P.I. Elvis Cole’s relationship with attorney Lucy Chenier is strained, but it becomes even more tense when the unthinkable happens: While Lucy is away on business and her ten-year-old son, Ben, is staying with Elvis, the boy vanishes without a trace. When the kidnappers call, it’s not for ransom, but for a promise to punish Cole for past sins he claims he didn’t commit. With LAPD wrestling over the case and the boy’s estranged father attempting to take control of the investigation, Cole vows to find Ben first. But Cole’s partner, Joe Pike, knows more about this case than he has said. Pike lives in a world where dangerous men commit crimes beyond all reckoning. Now, one of those men is alive and well in L.A.—and calling Elvis Cole to war.

Robert Crais is the author of many novels, including the New York Times bestsellers Hostage, Demolition Angel, and L. A. Requiem. Learn more about his work at www.robertcrais.com.

“[Robert] Crais takes readers on a wild ride. But like all talented writers, Crais has other themes floating beneath the choppy surface waters. . . . [He is] one of the genre’s most versitle craftsmen.”—The Denver Post

“Crais reaffirms his place in the front row of the private-eye purveyors. . . . He skillfully evokes past masters of the genre without imitating them.”—The San Diego Union-Tribune