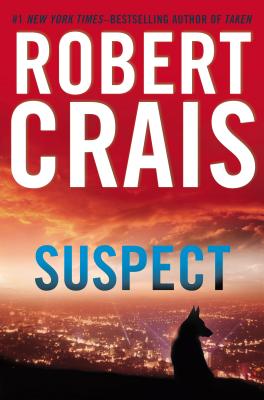 The explosive new masterpiece of suspense from the #1 New York Times bestselling author.
LAPD cop Scott James is not doing so well. Eight months ago, a shocking nighttime assault by unidentified men killed his partner Stephanie, nearly killed him, and left him enraged, ashamed, and ready to explode. He is unfit for duty until he meets his new partner.
Maggie is not doing so well, either. A German shepherd who survived three tours in Iraq and Afghanistan sniffing explosives before losing her handler to an IED, her PTSD is as bad as Scott's.
They are each other's last chance. Shunned and shunted to the side, they set out to investigate the one case that no one wants them to touch: the identity of the men who murdered Stephanie. What they begin to find is nothing like what Scott has been told, and the journey will take them both through the darkest moments of their own personal hells. Whether they will make it out again, no one can say.

"Action-packed, deeply touching and sure to be one of the best-written and most original crime novels of the year."—Associated Press

“The most multifaceted and appealing new protagonist in crime fiction this year just may turn out to be a dog—and a hard-boiled dog, to boot… A read-in-one-sitting thriller, plot- and character driven in equal measures.”—Booklist (starred review)

“Maggie is one gorgeous girl, altogether worthy of playing a leading role in SUSPECT, Robert Crais’s heart-tugging novel about two wounded war veterans who nudge each other back to life after suffering a traumatic loss . . . [Maggie] holds us captive, enthralled by Crais’s perceptive depiction of her amazing capabilities.”—Marilyn Stasio, The New York Times Book Review

“Most crime novel fans have a shortlist of authors they will buy on name recognition alone. If Robert Crais isn’t on that list, he should be. His novels get better with every new book” —Portland Oregonian