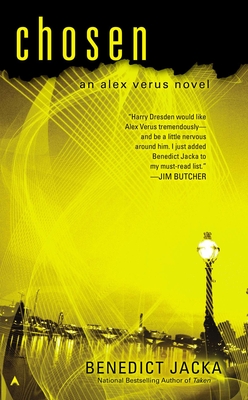 By Benedict Jacka
$7.99
On Our Shelves Now

This is book number 4 in the An Alex Verus Novel series.

I don’t publicly advertise that I’m a mage, but I don’t exactly hide it either, and one of the odd things I’ve learnt over the years is just how much you can get away with if you’re blatant enough. Hide something behind smoke and mirrors and make people work to find it, and they’ll tear the place down looking for what’s there.

Alex Verus is a diviner who can see probable futures—a talent that’s gotten him out of many a tough scrape. But this time, he may be in over his head. Alex was once apprenticed to a Dark mage, and in his service he did a lot of things he isn’t proud of.

As rumors swirl that his old master is coming back, Alex comes face to face with his misdeeds in the form of a young adept whose only goal is to get revenge. Alex has changed his life for the better, but he’s afraid of what his friends—including his apprentice, Luna—will think of his past. But if they’re going to put themselves at risk, they need to know exactly what kind of man they’re fighting for…

Benedict Jacka is half-Australian, half-Armenian, and grew up in London. He’s worked as a teacher, bouncer, and civil servant, and spends his spare time skating and playing tabletop games. He’s currently studying to become a lawyer, on grounds that his life isn’t busy enough already. His previous Alex Verus books include Fated, Cursed, and Taken.

“Harry Dresden would like Alex Verus tremendously—and be a little nervous around him. I just added Benedict Jacka to my must-read list.”—Jim Butcher

“Each book in this engrossing series outshines the one preceding it…Urban fantasy readers who have not yet made Alex’s acquaintance are advised to do so immediately.”—Bitten by Books