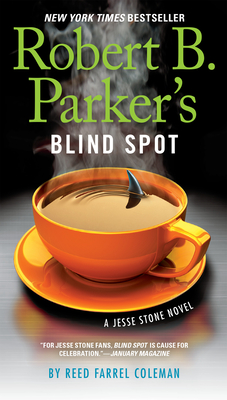 By Reed Farrel Coleman
$9.99
Email or call for price.

This is book number 13 in the A Jesse Stone Novel series.

The new Jesse Stone novel in Robert B. Parker's New York Times bestselling series—and this one is “a cause for celebration” (January Magazine).

A reunion with former baseball teammates leaves Jesse Stone grappling with memories and regrets over what might have been, and that includes bittersweet memories of his old girlfriend, the darkly sensuous and secretive Kayla, who has unexpectedly arrived at the reunion as well.

But when a young woman is found murdered in Paradise, and her boyfriend, a son of one of the town’s most prominent families, is kidnapped, Jesse’s investigation yields some troubling suspicions: the reunion and the murder are connected, and one of Jesse’s old friends is intimately involved in the crimes.

Robert B. Parker was the author of seventy books, including the legendary Spenser detective series, the novels featuring Chief Jesse Stone, and the acclaimed Virgil Cole/Everett Hitch westerns, as well as the Sunny Randall novels. Winner of the Mystery Writers of America Grand Master Award and long considered the undisputed dean of American crime fiction. He died in January 2010.

Reed Farrel Coleman, called “a hard-boiled poet” by NPR’s Maureen Corrigan, is the Edgar-nominated author of eighteen novels and three novellas, including the critically acclaimed Moe Prager series. A three-time winner of the Shamus Award, he has also won the Anthony, Macavity, Barry, and Audie Awards. He teaches writing at Hofstra University and is a founding member of MWA University. He lives with his family on Long Island.

“I had high hopes for what a writer of Coleman’s skill would bring to the series, and those hopes have not just been met, they have been exceeded. I’m sure I am not going to be the first, or the only, person to declare that he has saved Jesse Stone…Blind Spot is cause for celebration.”—January Magazine

“A spellbinding mystery…fast-paced, exciting…Coleman writes a potent crime story. Fans and newcomers alike will get hooked and should look forward to the next Jesse Stone book by Reed Coleman.”—Crimespree Magazine