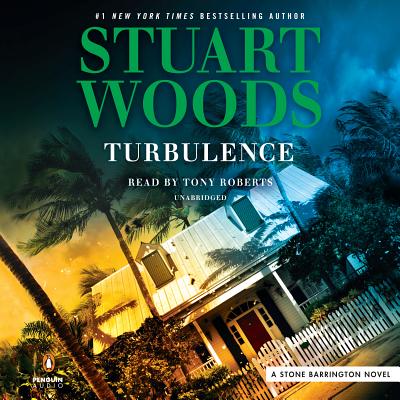 This is book number 46 in the A Stone Barrington Novel series.

In the electrifying new thriller from #1 New York Times-bestselling author Stuart Woods, Stone Barrington finds himself pitted against both man and nature.

Stone Barrington and several friends are vacationing in Florida when an extreme weather event puts a damper on their trip. Even worse, the hurricane-force winds blow a powerful, noxious politician straight onto Stone's doorstep. Though they part ways before long, Stone soon learns that he hasn't seen the last of his new acquaintance. It turns out that this official has some shady associates who may have destructive plans afoot, and Stone needs an entrée to the inside to figure out their scheme. With the fate of nations at stake, Stone must summon all of his fearless daring to put an end to the audacious plot...but this time he may be in over his head.

Stuart Woods is the author of more than sixty novels, including the #1 New York Times bestselling Stone Barrington series. He is a native of Georgia and began his writing career in the advertising industry. Chiefs, his debut in 1981, won the Edgar Award. An avid sailor and pilot, Woods lives in Florida, Maine, and New Mexico.

Tony Roberts is a gifted actor who has appeared on the Broadway stage and in films. Twice a Tony nominee, he starred in Xanadu, Barefoot in the Park, Don’t Drink the Water, and Victor, Victoria. His film credits include Annie Hall, Serpico, and Play It Again, Sam. He can be heard on many Stone Barrington audiobooks.

“A world-class mystery writer...I try to put Woods’s books down and I can’t.”—Houston Chronicle

“Mr. Woods, like his characters, has an appealing way of making things nice and clear.”—The New York Times

“Woods certainly knows how to keep the pages turning.”—Booklist

“Since 1981, readers have not been able to get their fill of Stuart Woods’ New York Times bestselling novels of suspense.”—Orlando Sentinel