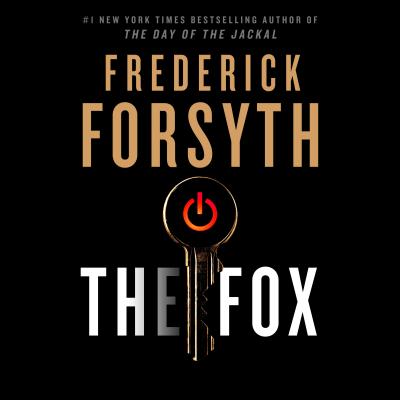 The #1 New York Times-bestselling master of international intrigue takes readers into the bleeding-edge world of technological espionage in a propulsive thriller that feels chillingly real.

Former chief of the British Secret Intelligence Service Adrian Weston is awoken in the middle of the night by a phone call from the Prime Minister. Her news is shocking: the Pentagon, the NSA, and the CIA have been hacked simultaneously, their seemingly impenetrable firewalls breached by an unknown enemy known only as "The Fox." Even more surprisingly, the culprit is revealed to be a young British teenager, Luke Jennings. He has no agenda, no secrets, just a blisteringly brilliant mind. Extradition to the U.S. seems likely--until Weston has another idea: If Luke can do this to us, what can he do to our enemies?

After conferring with both the American President and the Prime Minister, Weston is determined to use "The Fox" and his talents to the advantage of the two nations. But doing so places the boy on a geopolitical minefield. Adrian must stay one step ahead of multiple invisible enemies, all while finding a way to utilize the most powerful--and most unpredictable--weapon of all.

With his trademark research and deep knowledge of the rules and practices of international intrigue, Forsyth takes on tomorrow's threats in this race-against-the-clock thriller.

Frederick Forsyth is the #1 New York Times bestselling author of seventeen novels, including The Day of the Jackal and The Odessa File, as well as short story collections and a memoir. A former Air Force pilot, and one-time print and television reporter for the BBC, he has had four movies and two television miniseries made from his works. He is the winner of three Edgar Awards, and in 2012 he won the Diamond Dagger Award from the Crime Writers' Association, a lifetime achievement award for sustained excellence. He lives in Hertfordshire, England.

David Rintoul is a stage and television actor from Scotland. He has narrated many audiobooks, including books by Ian Fleming and Robert Harris.

“Ingenious, expertly written and a serious look at international conflicts that threaten the future of the world…Forsyth is supremely well-informed about world affairs, politics, diplomacy, weaponry and the mysteries of spycraft. In The Fox, as in all his novels, he lays them out in brilliant detail.”—The Washington Post

"The Fox is scant on dialogue, leaving room for the action sequences that have made Mr. Forsyth's novels best sellers for decades. The author's spooky scenarios are somehow soothing: How comforting to think that bad actors might be stopped by the teamwork of one ‘anxious boy with spectacular gifts’ and ‘an elderly Englishman who sat at the back and remained silent.’”—The Wall Street Journal

“This timely, well-written thriller has it all. Great plot with surprising twists and turns. Intriguing characters. Spellbinding suspense. A fast, tremendously entertaining read. Since The Day of the Jackal, Frederick Forsyth has been considered a giant of the political and espionage thriller genre. This giant just became even more towering.”—The Washington Times

“The Fox is essential reading for followers of geopolitical dramas unfolding in the world today.”—BBC Culture

“A terrifically entertaining spy thriller in the classic tradition...Genre fans will be enthralled.”—Publishers Weekly (starred review)

“The Fox is just the kind of stunning, relevant, full-throttle story that thriller fans have been waiting for.”—CrimeReads

“The master of the modern espionage novel returns...this is Forsyth at his spellbinding best.”—Daily Mail

“Forsyth deserves his place among the thriller greats.”—The Times (UK)

“Master of the hair-trigger thriller...What makes Forsyth such a great narrator of the espionage genre is his fluency in spy speak and acronyms and abbreviations that make a compelling read all th more authentic. Equally satisfying is the way the good guys are good at what they do and the baddies get their comeuppance. The five year wait for Forsyth’s latest sensation has been worth every second.”—Daily Express (UK)

“When it comes to espionage, international intrigue and suspense, Frederick Forsyth is a master.”—The Washington Post

“A masterpiece tour de force of crisp, sharp, suspenseful writing...It’s an awful cliché to say that ‘you won’t be able to put this book down,’ but cliché or not, it’s the truth.”—The Wall Street Journal

“Forsyth can tell a suspenseful tale better than anyone.”—Fort Worth Star-Telegram

“There are writers in the intelligence genre who make a point of knowing something about their subject before sitting down to write. The king of the pack is Frederick Forsyth.”—The Washington Times

“Suspense taut as a violin string...Will keep you reading into the wee hours of the morning.”—The New York Times

“Not only exciting by truly surprising.”—The Atlantic