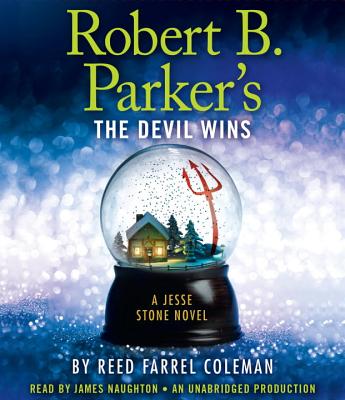 This is book number 14 in the A Jesse Stone Novel series.

In the wake of a huge storm, three bodies are discovered in the rubble of an abandoned factory building in an industrial part of Paradise known as The Swap. One body, a man’s, wrapped in a blue tarp, is only hours old. But found within feet of that body are the skeletal remains of two teenage girls who had gone missing during a Fourth of July celebration twenty-five years earlier. Not only does that crime predate Jesse Stone’s arrival in Paradise, but the dead girls were close friends of Jesse’s right hand, Officer Molly Crane. And things become even more complicated when one of the dead girls’ mothers returns to Paradise to bury her daughter and is promptly murdered. It’s up to Police Chief Jesse Stone to pull away the veil of the past to see how all the murders are connected.

Robert B. Parker was the author of seventy books, including the legendary Spenser detective series, the novels featuring Chief Jesse Stone, and the acclaimed Virgil Cole/Everett Hitch Westerns, as well as the Sunny Randall novels. Winner of the Mystery Writers of America Grand Master Award and long considered the undisputed dean of American crime fiction, he died in January 2010.

Reed Farrel Coleman, author of the New York Times–bestselling Robert B. Parker’s Blind Spot, has been called a “hard-boiled poet” by NPR’s Maureen Corrigan and the “noir poet laureate” in The Huffington Post. He has published twenty-one novels, including nine books in the critically acclaimed Moe Prager series. He is a three-time recipient of the Shamus Award for Best Detective Novel of the Year, a winner of the Barry and Anthony Awards, and is a three-time Edgar Award nominee. An adjunct instructor at Hofstra University and an instructor for MWA U, he lives with his family on Long Island.

Praise for Robert B. Parker’s The Devil Wins by Reed Farrel Coleman

“Coleman does a remarkable job of developing the character . . . Both a fine mystery story and a satisfying portrait of an emerging character that readers will look forward to hearing more from soon.” —Associated Press

“The Devil Wins is such a winner of a novel that Parker’s loyal fans and Coleman’s new ones will be equally delighted by his skills. This series can run forever in these new capable hands and readers will eagerly await each new book about Jesse Stone. I know I will.” —The Huffington Post