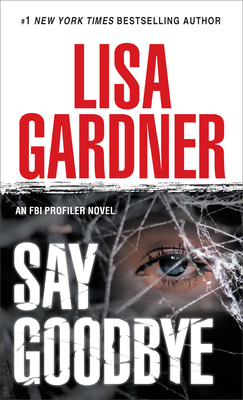 This is book number 6 in the FBI Profiler series.

The bestselling author of Hide and Gone draws us into the venomous mind games of a terrifying killer.

For Kimberly Quincy, FBI Special Agent, it all starts with a pregnant hooker. The story Delilah Rose tells Kimberly about her johns is too horrifying to be true—but prostitutes are disappearing, one by one, with no explanation, and no one but Kimberly seems to care.

As a member of the Evidence Response Team, dead hookers aren’t exactly Kimberly’s specialty. The young agent is five months pregnant—she has other things to worry about than an alleged lunatic who uses spiders to do his dirty work. But Kimberly’s own mother and sister were victims of a serial killer. And now, without any bodies and with precious few clues, it’s all too clear that a serial killer has found the key to the perfect murder . . . or Kimberly is chasing a crime that never happened.

Kimberly’s caught in a web more lethal than any spider’s, and the more she fights for answers, the more tightly she’s trapped. What she doesn’t know is that she’s close—too close—to a psychopath who makes women’ s nightmares come alive, and if he has his twisted way, it won’t be long before it’ s time for Kimberly to . . .

Lisa Gardner is the New York Times bestselling author of thirteen novels. Her Detective D. D. Warren novels include Live to Tell, Hide, Alone, and The Neighbor, winner of the International Thriller Writers’ Award. Her FBI Profiler novels include Say Goodbye, Gone, The Killing Hour, The Next Accident, and The Third Victim. She lives with her family in New England.

"Just when you thought Lisa Gardner couldn't get any better ... she does. Say Goodbye is a stunning, chilling, up-all-night thriller that will leave you shaken."—Lee Child

“A spider-obsessed killer is hunting Atlanta prostitutes…. He’s seriously scary and the flashbacks to his abusive past achieve a ripped-from-the-headlines authenticity.”—Entertainment Weekly

“Should have a warning label: ‘Read only in a well-lit room that has first been thoroughly checked for spiderwebs.’ Then, you can settle back and get caught up in a story that is truly a stunner of a suspense novel.”–Tulsa World

“Gardner continue[s] to write fascinating, dark characters…. [She] surprises you right up until the end.”–Fredericksburg Free Lance-Star

“For all readers who likes their thrillers suspenseful, fast paced, and just a little creepy (OK, a lot creepy).”—Booklist

"Lock the doors before you open this book, and hope that the only web being woven around you is Lisa Gardner’s mesmerizing story."—Tess Gerritsen