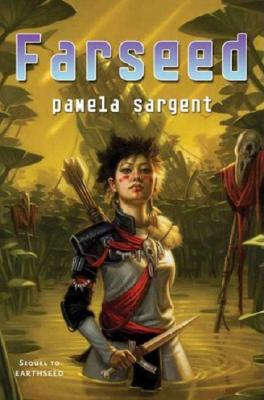 Centuries ago, the people of Earth sent Ship into space. Deep within its core, it carried the seed of humankind…
More than twenty years have passed since Ship left its children, the seed of humanity, on an uninhabited, earthlike planet--a planet they named Home. Zoheret and her companions have started settlements and had children of their own. But, as on board Ship, there was conflict, and soon after their arrival, Zoheret's old nemesis, Ho, left the original settlement to establish his own settlement far away.
When Ho's daughter, fifteen-year-old Nuy, spies three strangers headed toward their settlement, the hostility between the two groups of old shipmates begins anew and threatens to engulf the children of both settlements. Can the divided settlers face the challenges of adapting to their new environment in spite of their conflicts? And if they do, will they lose their humanity in the process?

Pamela Sargent is the author of many highly praised novels, including Earthseed, chosen as a Best Book for Young Adults by the American Library Association in 1983. She has won the Nebula Award, the Locus Award, and has been a finalist for the Hugo Award. Her work has been translated into French, German, Dutch, Spanish, Portuguese, Italian, Swedish, Japanese, Polish, Chinese, Russian, and Serbo-Croatian.

"A melding of the psychological and the high adventure story, this gripping, emotion-evoking narrative is the first young adult novel by the author of Watchstar and other adult science fiction."--Starred review, Booklist on Farseed
"The story is thought-provoking and full of odd surprises."--School Library Journal on Farseed
"This fascinating novel is very reminiscent of the better Heinlein juveniles (particularly Tunnel in the Sky)...a very impressive novel....should not be overlooked."--SF Chronicle on Farseed