Vengeance of the Iron Dwarf (Hardcover) 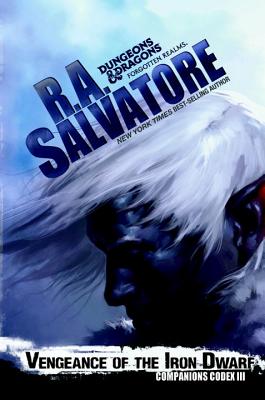 By R. A. Salvatore
Unavailable to Order
Hard to Find

Bloody war rages across the Forgotten Realms world in the third book of the Companions Codex, the latest series in R.A. Salvatore's New York Times best-selling saga of dark elf Drizzt Do'Urden.
In the evolving world of the Forgotten Realms setting, the Sundering has given way to months of cloud-cloaked darkness, and war rages under that oppressive sky. The orcs have broken a hard-fought treaty that's held, however tentatively, for a hundred years, and the time to settle old scores has devolved into an all-out brawl for control of the ancient realms of the North.

R.A. Salvatore is the New York Times best-selling author of more than forty novels, including the popular Forgotten Realms series The Legend of Drizzt. He's an avid gamer, father of three, and loyal citizen of Red Sox Nation.