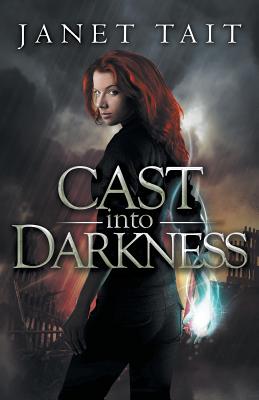 A fun, creative, non-stop adventure Tait brings us a well-realized magical world full of double dealing, action, and romance that fans of urban fantasy (like me ) will really love.-Chris Marie Green, author of ONLY THE GOOD DIE YOUNG, Ghost for Hire, Book 1
An ancient, deadly magic is rising, and she's the only one who can harness it...
Kate Hamilton hates being treated like an outcast. Born a powerless Null to America's pre-eminent magical family, she escapes to a distant college and the life of a theater major. The last thing she wants is to be dragged into her family's war for global domination against the rival Makris clan. But when an innocent favor pulls Kate into a perilous contest with a legendary magical stone, she plunges into their dangerous world of spellcasting and scheming. A world Kate's sexy, devious boyfriend Kris is all too familiar with...
Hardened magical operative Kristof "Kris" Makris chafes under the rule of his lunatic father, but he's found the perfect way to overthrow his leader and save his people. But the artifact he needs is in the hands of the Hamilton family, and each attempt to steal it from Kate brings him closer to blowing his cover. If he does, he'll do more than alert his father to his treachery. He'll lose Kate. And that possibility bothers him more than he cares to admit.
As the ancient power inside the stone begins to transform Kate into a vessel of world-destroying magic, the line between friends and enemies blurs. Kristof must choose between his family and the girl he's grown to love. And Kate must either trust the man she thought she knew or lose herself to the stone's deadly embrace.

Janet Tait has loved writing for as long as she can remember but tried IT administration, website development, market research, and product management before surrendering to her inevitable destiny. She lives in San Diego, California with her husband and, in her spare time, enjoys haunting the halls of comic and science fiction conventions, playing old-timey tabletop role-playing games with her friends, and binge-watching British TV shows on Netflix. You can reach her at www.janettait.com or via email at janet@janettait.com.