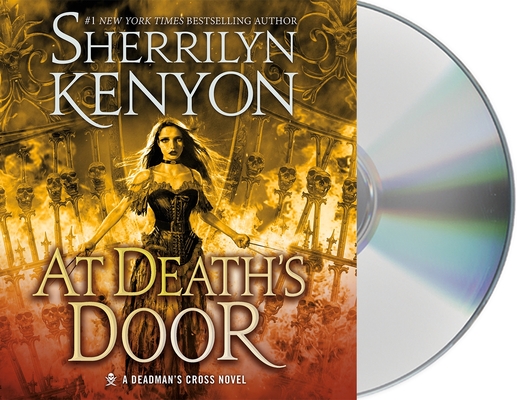 #1 New York Times bestseller Sherrilyn Kenyon brings us the latest adventure in the Deadman's Cross saga with At Death's Door, an epic pirate fantasy perfect for her millions of Dark-Hunter fans.

Welcome to the latest Deadmen’s Quest...

Valynda Moore was born cursed. So when she dies as the result of a spell gone wrong and is trapped in the body of a voodoo doll, she expects nothing else from her messed up life. Until Thorn, leader of the Hellchasers, offers her a chance at redemption and a new life.

But nothing has ever gone her way, for the Malachai, the very beast she and her crew of Deadmen have sworn to keep locked away, has risen. And this time he’s taken prisoners. Valynda must keep her wits about her or be denied her salvation and forced to watch as the entire world falls into the hands of absolute evil.

It’s a demon-eat-demon world where the stakes have never been higher and either redemption or the ultimate betrayal waits for her At Death’s Door.

His film credits include Fly Away Home, Maximum Overdrive, Hairspray, and The Diversion, a short film which he acted in and produced. On television, he has appeared in Army Wives, Damages, As The World Turns, Rescue Me, Law & Order and New York Undercover. He received a B.A. from Skidmore College and an M.F.A. from Vermont College.

“Arguably the most in-demand and prolific authors in America these days.” —Publishers Weekly

“[An] engaging read.” —Entertainment Weekly on Devil May Cry