The Other Woman (Compact Disc) 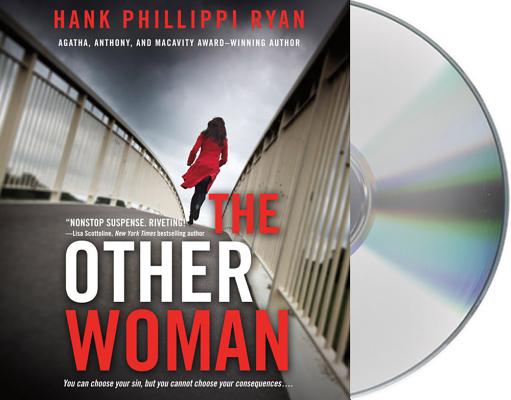 By Hank Phillippi Ryan, Ilyana Kadushin (Read by)
Email or call for price.
Hard to Find

Jane Ryland was a rising star in television news until she refused to reveal a source and lost everything. Now a disgraced newspaper reporter, Jane isn't content to work on her assigned puff pieces, and finds herself tracking down a candidate's secret mistress just days before a pivotal Senate election.

As the body count rises and election looms closer, it becomes clear to Jane and Jake that their cases are connected and that they may be facing a ruthless killer who will stop at nothing to silence a scandal.
Dirty politics, dirty tricks, and a barrage of final twists, "The Other Woman" is the first in an explosive new series by Hank Phillippi Ryan. Seduction, betrayal, and murder it'll take a lot more than votes to win this election.

A former US Senate staffer and political campaign aide, HANK PHILLIPPI RYAN is the investigative reporter for Boston's NBC affiliate, and has won twenty-seven Emmys and ten Edward R. Murrow awards. A bestselling author of four mystery novels, Ryan has won the Agatha, Anthony, and Macavity awards. She's on the national board of directors of Mystery Writers of America and Sisters in Crime. Ilyana Kadushin is best known for her narration of the "Twilight" audiobook series, and has worked on other audiobooks, including "The Memory Keeper's Daughter, Post Grad "and" Dune, "which won an Audie Award. Her other voice work includes national commercials, animation, and popular video games such as "Lord of the Rings."

“Narrator Kadushin has a great sense of timing, a pretty voice and the ability to express emotion without overdoing it.” – The Plain Dealer

“This fast-paced mystery, set in Boston, translates well to audio…Narrator Ilyana Kadushin portrays the assorted characters in a clear but intimate voice that engages listeners in Jane’s life.” – AudioFile Magazine

“If you haven’t read Hank Phillippi Ryan yet, you should, and The Other Woman is the perfect place to start. A killer plot, compelling characters, and nonstop suspense. Riveting!”
—Lisa Scottoline, New York Times bestselling author

“The Other Woman does everything a great suspense novel should…  Ryan raises the bar sky-high—I knew she was good, but I had no idea she was this good.”
—Lee Child, New York Times bestselling author

“Nonstop action, written from the rare perspective of one who knows the news business from the inside out… Ryan grabbed me on page one. As current as today’s headlines, The Other Woman is a wholly entertaining read. Just when you think you know it all, Ryan surprises with another twist.”
—Sandra Brown

“A thriller that twists so fast it'll leave you gasping. If you think you know where this story's going, you don't —but I promise, you won't want to wait to find out. Hank Phillippi Ryan is a star.”
—Joseph Finder, New York Times bestselling author

“A rocket ride of a thriller!  Ryan effortlessly captures the frenetic pace of colliding lives, cutting edge journalism, and killer secrets, as only a true insider would know.  Brava!”

A master of timing, Hank Phillippi Ryan serves up a powerful fusion of political intrigue and dastardly crime that keeps the reader captivated until the final, explosive ending.