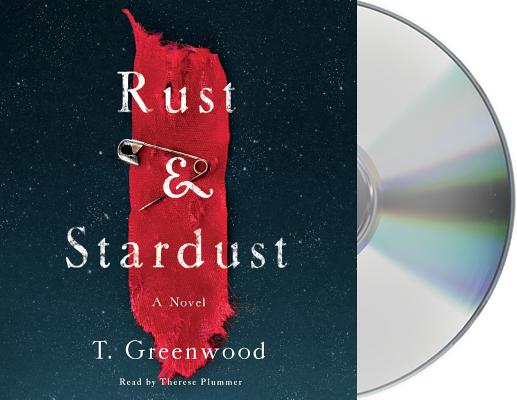 Based on the experiences of real-life kidnapping victim Sally Horner and her captor, whose story shocked the nation and inspired Vladimir Nabokov to write his controversial and iconic Lolita, Rust & Stardust is a heart-pounding audiobook by award-winning author T. Greenwood, who at last gives a voice to Sally herself.

Camden, NJ, 1948. When 11 year-old Sally Horner steals a notebook from the local Woolworth's, she has no way of knowing that 52 year-old Frank LaSalle, fresh out of prison, is watching her, preparing to make his move. Accosting her outside the store, Frank convinces Sally that he’s an FBI agent who can have her arrested in a minute—unless she does as he says.

This chilling audiobook traces the next two harrowing years as Frank mentally and physically assaults Sally while the two of them travel westward from Camden to San Jose, forever altering not only her life, but the lives of her family, friends, and those she meets along the way.

T. Greenwood has received grants from the Sherwood Anderson Foundation, the Christopher Isherwood Foundation, the National Endowment for the Arts, and the Maryland State Arts Council.

Two Rivers was named 2009 Best General Fiction Book at the San Diego Book Awards, and Grace received the same award for 2012. Her eighth novel, Bodies of Water, was a 2014 Lambda Literary Awards Finalist.

Greenwood teaches creative writing for San Diego Writer's Ink, Grossmont College, and online for The Writer's Center. She and her husband, Patrick, live in San Diego, CA, with their two daughters.

"Narrator Thérèse Plummer's striking characterizations and focused tone immerse listeners in the rapidly changing characters and settings...This audio is ideal for fans of true crime and Nabokov's LOLITA, which was inspired by Sally's story." -AudioFile

"A harrowing, ripped-from-the-headlines story of lives altered in the blink of an eye, once again proving her eloquence and dexterity as an author.” —Mary Kubica, New York Times bestselling author of The Good Girl

"A lyrical and haunting meditation on family, love, and survival, this novel—and Sally Horner—stayed with me long after I turned the last page." —Jillian Cantor, author of Margot

"Greenwood is unmatched in her innate ability to weave lush, poetic language into a riveting story that hooks the reader from page one." —Amy Hatvany, author of Best Kept Secret, and It Happens All the Time