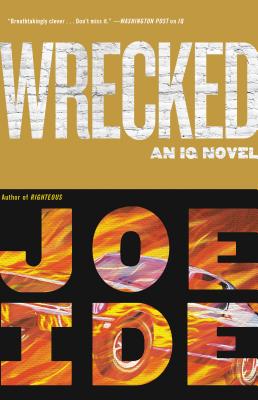 Isaiah Quintabe (“IQ”), and his side-kick, Dodson, are back in another madcap detective thriller set in gritty East Long Beach, LA. Isaiah’s skills are being sought for cases ranging from missing cats to blackmail and kidnapping, and when an intriguing young artist, Grace, asks for his help, he eagerly agrees to take on her case. Grace wants him to find her mother, who disappeared 10 years ago, the night after her father was murdered. As the story unfolds, a secret video from the notorious Abu Graib military prison surfaces, and Isaiah and Dodson come up against the owner of a powerful private military organization, in addition to the usual pimps, thieves, and gangsters. Torture, PTSD, revenge, and racism figure prominently, with Isaiah and Dodson also facing the personal challenges of loneliness, romance, and new fatherhood. The narrative is unfailingly cinematic and action-packed, and Ide adroitly balances the novel’s seriousness with side-splitting dialogue and devastatingly funny prose. Highly recommended for readers with an interest in hip, Sherlockian detective fiction laced with a very dark episode from America’s war on terror. -Kim