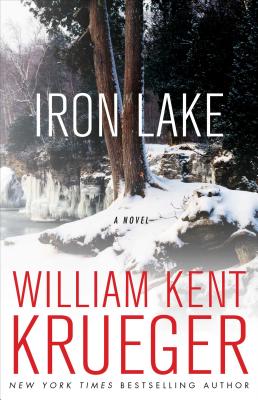 By William Kent Krueger
$16.99
Email or call for price.

“A brilliant achievement, and one every crime reader and writer needs to celebrate.” —Louise Penny, #1 New York Times bestselling author of Glass Houses

“A master craftsman [and] a series of books written with a grace and precision so stunning that you’d swear the stories were your own.” —Craig Johnson, author of the Walt Longmire series

Part Irish, part Anishinaabe Indian, Cork is having difficulty dealing with the marital meltdown that has separated him from his children, getting by on heavy doses of caffeine, nicotine, and guilt. Once a cop on Chicago’s South Side, there’s not much that can shock him. But when the town’s judge is brutally murdered, and a young Eagle Scout is reported missing, Cork takes on this complicated and perplexing case of conspiracy, corruption, and a small-town secret that hits painfully close to home.

“If you don’t know Cork O’Connor, get to know him now.”
— Booklist

“I can’t remember reading a better first novel than this one.”

“Minnesotan Krueger has a sense of place he’s plainly honed firsthand in below-zero prairie. His characters, too, sport charm and dimension… This first-timer’s stamina and self-assurance suggest that O’Connor’s got staying power.”
— Kirkus Reviews