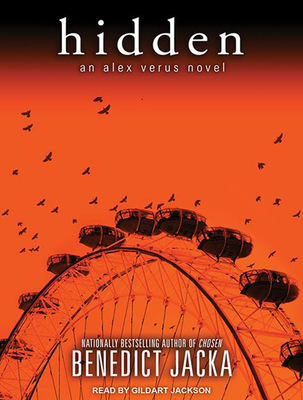 This is book number 5 in the Alex Verus series.

With his talent for divining the future, Alex Verus should have foreseen his friends' reactions to the revelations about his previous life. Anne Walker no longer trusts him-and has also cut all ties with the mage community after getting kicked out of the apprentice program. As a favor to Luna, Alex's own apprentice and Anne's best friend, he checks in on her only to be told to leave her alone. Then Anne gets kidnapped. The Council Keepers of the Order of the Star believe that Dark mages from her past may be involved. Working with the Keepers, Alex and Luna discover that Anne has been taken into the shadow realm of Sagash, her former Dark mage mentor, and they must find a way to rescue her. But another shadow from the past has resurfaced-Alex's former master may be back in London, and Alex has no idea what his agenda is . . .

Benedict Jacka is the author of the Alex Verus series and the Ninja series. He earned a BA in philosophy from Cambridge University and has held positions ranging from civil servant to bouncer to teacher. He lives in London.

With acting credits that span stage and screen, Gildart Jackson is most often recognized for his role as Gideon on "Charmed." Other notable TV roles include Jackson Palmer on "Providence" and Simon Prentiss on "General Hospital," and his theater roles include Henry Higgins in "My Fair Lady," and Adrian in "Private Eyes at the Old Globe."