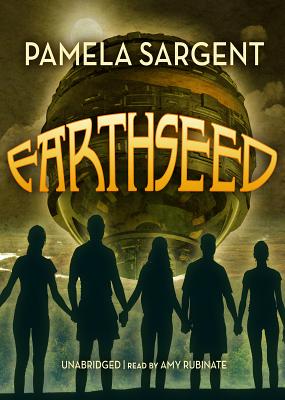 This is book number 1 in the Seed Trilogy series.

Ship hurtles through space. Deep within its core it carries the seed of humankind. Launched by the people of a dying Earth over a century ago, its mission is to find a habitable world for the children--fifteen-year-old Zoheret and her shipmates--whom it has created from its genetic banks. To Zoheret and her shipmates, Ship has been mother, father, and loving teacher, preparing them for their biggest challenge: to survive on their own, on an uninhabited planet, without Ship's protection. Now that day is almost upon them, but are they ready? Ship devises a test, and suddenly instincts that have been latent for over a hundred years take over. Zoheret watches as friends become strangers--and enemies. Can Zoheret and her companions overcome the biggest obstacle to the survival of the human race--themselves?