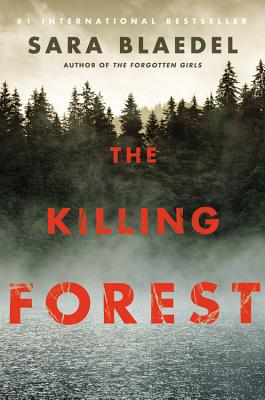 By Sara Blaedel
Unavailable to Order
Hard to Find

This is book number 8 in the Louise Rick series series.

Sara Blaedel, author of the #1 international bestseller The Forgotten Girls--which was roundly praised as "gripping" with "uncompromising realism" (Washington Post) and "tautly suspenseful" (BookPage)--returns with the thrilling next book in her series featuring police investigator Louise Rick.

Following an extended leave, Louise Rick returns to work at the Special Search Agency, an elite unit of the National Police Department. She's assigned a case involving a fifteen-year-old who vanished a week earlier. When Louise realizes that the missing teenager is the son of a butcher from Hvalsoe, she seizes the opportunity to combine the search for the teen with her personal investigation of her boyfriend's long-ago death . . .

Louise's investigation takes her on a journey back through time. She reconnects with figures from her past, including Kim, the principal investigator at the Holbaek Police Department, her former in-laws, fanatic ancient religion believers, and her longtime close friend, journalist Camilla Lind. As she moves through the small town's cramped network of deadly connections, Louise unearths toxic truths left unspoken and dangerous secrets.

"Crime-writer superstar Sara Blaedel's great skill is in weaving a heartbreaking social history into an edge-of-your-chair thriller while at the same time creating a detective who's as emotionally rich and real as a close friend." -- Oprah.com
"One of the best I've come across." -- Michael Connelly

"Sara Blaedel is a force to be reckoned with. She's a remarkable crime writer who time and again delivers a solid, engaging story that any reader in the world can enjoy." -- Karin Slaughter

"Will push you to the edge of your seat [then] knock you right off....A smashing success." -- BookReporter

"Blaedel delivers another thrilling novel...Twists and turns will have readers on the edge of their seats waiting to see what happens next." -- RT Book Reviews

Sara Blaedel is the author of the #1 international bestselling series featuring Detective Louise Rick. Her books are published in thirty-eight countries. In 2014 Sara was voted Denmark's most popular novelist for the fourth time. She is also a recipient of the Golden Laurel, Denmark's most prestigious literary award. She lives in New York City.

"Another suspenseful, skillfully wrought entry from Denmark's Queen of Crime."—Booklist

"Engrossing...Blaedel nicely balances the twisted relationships of the cult members with the true friendships of Louise, Camilla, and their circle."—Publishers Weekly

"Blaedel delivers another thrilling novel...Twists and turns will have readers on the edge of their seats waiting to see what happens next."—RT Book Reviews

"Will push you to the edge of your seat [then] knock you right off....A smashing success."—BookReporter

"Blaedel excels at portraying the darkest side of Denmark."—Library Journal

"One of the best I've come across."—Michael Connelly

"For readers who gorge on captivating characters and chilling suspense, THE FORGOTTEN GIRLS is a tantalizing treat. Enjoy yourself, America."—Sandra Brown on The Forgotten Girls

"Sara Blaedel is a force to be reckoned with. Everyone keeps talking about the 'trend' in crime writers--Scandinavian, German, Russian. Blaedel is no trend. She's a remarkable crime writer who time and again delivers a solid, engaging story that any reader in the world can enjoy."—Karin Slaughter

"The Forgotten Girls is without doubt the best the author has delivered so far...strikingly well done....the chances are good that The Forgotten Girls will become your favorite crime novel for a long time to come."—Børsen (Denmark)

"Sara Blædel is at the top of her game. Louise Rick is a character who will have readers coming back for more."—Camilla Läckberg