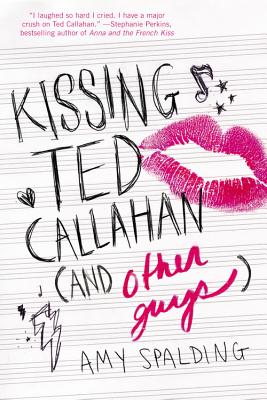 By Amy Spalding (Read by)
Unavailable to Order
Special Order

Nick and Norah's Infinite Playlist meets Easy A in this hilariously realistic story of sneaking out, making out, and playing in a band.After catching their bandmates in a compromising position, sixteen-year-old Los Angelenos Riley and Reid become painfully aware of the romance missing from their own lives. And so a pact is formed: they'll both try to make something happen with their respective crushes and document the experiences in a shared notebook.While Reid struggles with the moral dilemma of adopting a dog to win over someone's heart, Riley tries to make progress with Ted Callahan, who she's been obsessed with forever. His floppy hair His undeniable intelligence But suddenly cute guys are popping up everywhere. How did she never notice them before? With their love lives going from zero to sixty in the blink of an eye, Riley and Reid realize the results of their pact may be more than they bargained for.With a voice similar to MTV's breakout hit Awkward and a setup reminiscent of E. Lockhart's The Boyfriend List, Kissing Ted Callahan (and Other Guys) is an addictive young-adult read about the soaring highs and embarrassing lows of dating in high school.