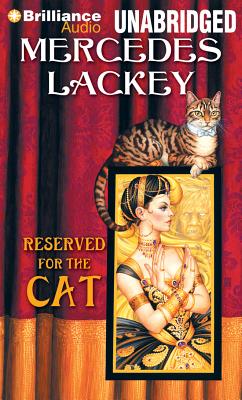 This is book number 6 in the Elemental Masters series.

Ninette Dupond was a dancer with the Paris Opera Ballet. She had been very lucky--if she had not been pretty, and a natural dancer, she could only have become what her mother had been: a washerwoman, or perhaps if she were desperate and hungry enough, a prostitute.

But Ninette's good luck ended the day that the lead dancer sprained her ankle and Ninette was chosen to dance her part at a matinee. Her reviews had been very good--too good. Shortly thereafter Ninette had been fired in an attempt to sooth the wounded ego of the ballet's primary soloist.

Alone, unemployed, and filled with despair, Ninette had returned to her apartment to find a thin, rangy, tabby-striped tomcat sitting on her windowsill. He seemed like just another stray, until abruptly he spoke to her, mind-to-mind.

Ninette thought she was going mad, but the cat offered her an alternative to prostitution, albeit a very odd one. He proposed that she impersonate a renowned Russian ballerina, Nina Tchereslavsky, and go to work in a specific music hall in Blackpool, England. The cat also told her that he would take care of her in every way--he would somehow convey the English and Russian languages to her, supply her with money, and guide her every move. With no other option open to her, she placed her life in his paws.