The Masterharper of Pern (Dragonriders of Pern (Audio) #5) (Compact Disc) 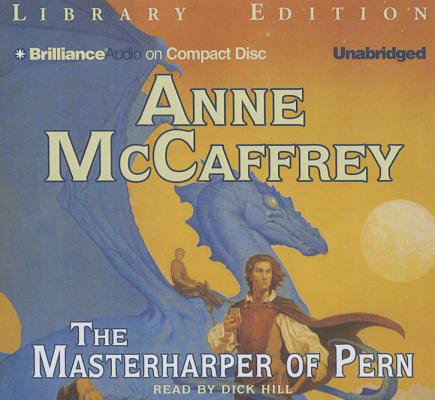 By Anne McCaffrey, Dick Hill (Read by)
Unavailable to Order
Hard to Find

This is book number 5 in the Dragonriders of Pern (Audio) series.

In a time when no Thread has fallen for centuries - when, indeed, many are beginning to dare to hope that Thread will never fall again - a boy is born to Harper Hall. His name is Robinton, and he is destined to be one of the most famous and beloved leaders Pern has ever known. It is a perilous time for harpers. They sing of Thread, yet more and more people are beginning to doubt the return of that deadly scourge. They teach reading, writing, history, but Fax - who hates the harpers in general - is determined to keep his growing area of influence free of the learning that might sow unrest. And they extol the dragonriders, whom many view increasingly as a drain on the resources of the Holds. Now harpers are being turned away from the holds; and, worse yet, they are being derided, attacked, even beaten. It is the climate of unrest that Robinton will come into his own. For despite the tragedies that beset his own life, he continues to believe in music and in the dragons, and is determined to save his beloved Pern from itself . . .so that the dragonriders can be ready to fly against the dreaded Thread when it at last returns.