Enemy: A Dark Fantasy Novel (On the Bones of Gods #1) (Paperback) 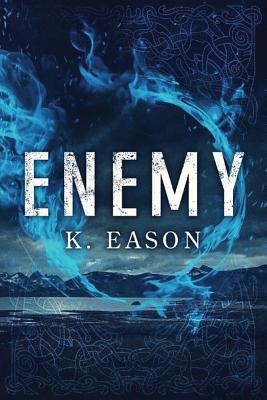 By K. Eason
Email or call for price.
Special Order

In an action-packed fantasy in the vein of Robin Hobb and N. K. Jemisin, two outcasts will become allies for the fight of their lives.

Snow is many things. A half-blood assassin who's quick with a blade. A conjuror with the power to manipulate shadows. A sharp-witted smuggler who looks after herself first and no one second. What she has never been is trusting, so when a northern stranger helps her escape two Republic soldiers, she's more than a little suspicious.

Joining forces with someone as deadly as Snow isn't easy for an outcast like Veiko, who hears the dead, whether he wants to or not. But as a clanless outlaw, he doesn't have many options. When the two of them uncover a conspiracy that could tear the land apart, they form an unlikely partnership. But as they grow closer, their enemies grow stronger, and Snow will need to make a choice: sacrifice her partner...or damn the Republic to war.