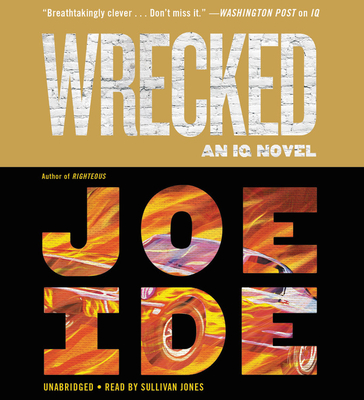 Isaiah Quintabe (“IQ”), and his side-kick, Dodson, are back in another madcap detective thriller set in gritty East Long Beach, LA. Isaiah’s skills are being sought for cases ranging from missing cats to blackmail and kidnapping, and when an intriguing young artist, Grace, asks for his help, he eagerly agrees to take on her case. Grace wants him to find her mother, who disappeared 10 years ago, the night after her father was murdered. As the story unfolds, a secret video from the notorious Abu Graib military prison surfaces, and Isaiah and Dodson come up against the owner of a powerful private military organization, in addition to the usual pimps, thieves, and gangsters. Torture, PTSD, revenge, and racism figure prominently, with Isaiah and Dodson also facing the personal challenges of loneliness, romance, and new fatherhood. The narrative is unfailingly cinematic and action-packed, and Ide adroitly balances the novel’s seriousness with side-splitting dialogue and devastatingly funny prose. Highly recommended for readers with an interest in hip, Sherlockian detective fiction laced with a very dark episode from America’s war on terror. -Kim

Isaiah Quintabe-IQ for short-has never been more successful, or felt more alone. A series of high-profile wins in his hometown of East Long Beach have made him so notorious that he can hardly go to the corner store without being recognized. Dodson, once his sidekick, is now his full-fledged partner, hell-bent on giving IQ's PI business some real legitimacy: a Facebook page, and IQ's promise to stop accepting Christmas sweaters and carpet cleanings in exchange for PI services.

So when a young painter approaches IQ for help tracking down her missing mother, it's not just the case Isaiah's looking for, but the human connection. And when his new confidant turns out to be connected to a dangerous paramilitary operation, IQ falls victim to a threat even a genius can't see coming.

Waiting for Isaiah around every corner is Seb, the Oxford-educated African gangster who was responsible for the death of his brother, Marcus. Only, this time, Isaiah's not alone. Joined by a new love interest and his familiar band of accomplices, IQ is back-and the adventures are better than ever.