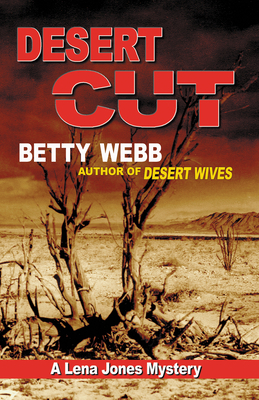 While scouting locations for a film documentary on Arizona's Apache Wars, private investigator Lena Jones and Oscar-winning director Warren Quinn discover the mutilated body of a young girl. The gruesome manner of the child's death evokes memories of Lena's own rough childhood.

Defying the local law, Lena investigates the child's death and uncovers a small town with a big secret. Founded by the descendants of pioneers who fought Geronimo, Los Perdidos now holds a significant population of documented and undocumented foreign-born residents who live and work at a modern plant. Lena senses a sinister force at work in the town - but where?

When two more girls disappear from Los Perdidos, Lena is tempted to implement some frontier justice of her own to battle a cruel and ancient practice.

Before writing mysteries full time, Betty Webb worked as a journalist, interviewing everyone from U.S. presidents and Nobel Prize winners, to the homeless andpolygamy runaways. Most of her books are based on the stories she covered as a reporter.Today she's a volunteer at the Phoenix Zoo, andis also a member of the National Federation of Press Women, Mystery Writers of America, the Society of Southwestern Authors, and Women Writing the West."

"Webb's dark tale of a clash of cultures is emotionally draining and intellectually challenging."--Kirkus Reviews

"It is a compelling story that will appeal to a broad range of mystery readers—and may bring increased attention to a too-little-known series."  --Booklist starred review

"the longtime journalist manages to fuel her plot from the starkest of news stories without compromising the fast-paced action...a propulsive, thought-provoking read." Publisher's Weekly