The Book of the Dead (Agent Pendergast Series) (CD-Audio) 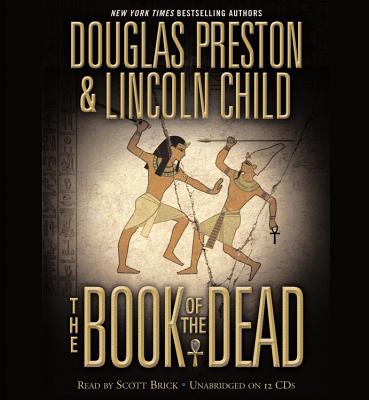 An FBI agent, rotting away in a high-security prison for a murder he did not commit...
His brilliant, psychotic brother, about to perpetrate a horrific crime...
A young woman with an extrodinary past, on th edge of a violent breakdown...
An ancient Egyptian tomb with an enigmatic curse, about to be unveiled at a celebrity-studded New York gala...
Memento Mori

James Gale's gravelly voice is ideal for the cinder-lunged Rebus, and he manages somehow to lubricate out some of the harshness for cleaner living characters. Meanwhile, Gale's accents are superb , as he handles a spectrum ranging from overweening English toffee-nose to malicious Edinburgh corner boy. All in all, this narration adds another degree of atmosphere to a novel that is already redolent of the city it sprang from.