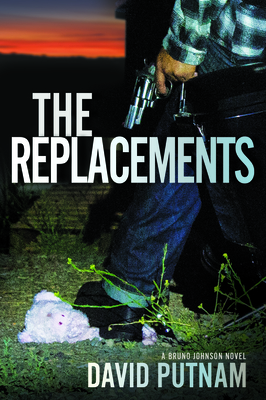 This is book number 2 in the Bruno Johnson Series series.

Bruno Johnson, ex-detective with Los Angeles County Sheriff’s Department and an ex-convict, is hiding out from the FBI in Costa Rica, tending bar to support eight children he illegally rescued from abusive homes. Partway through a normal day, Barbara Wicks, a former colleague and the chief of police for Montclair, California, walks into his bar. Bruno is shocked to the core.  Is she there to arrest him and take him back to California? Turns out she’s there to request Bruno’s help.  Two children have been kidnapped.

The kidnapper, Jonas Mabry, was himself a victim whom Bruno rescued as a small child.  Now Mabry demands a fool’s retribution, a million dollar ransom, and Bruno to put his life on the line to get the money. In this twisted turn of fate, Bruno returns as a wanted criminal to California.  Despite the risk of arrest and even his life, he cannot turn his back on these kids.

“The three-dimensional characters (especially the villain) turn this urban jungle sequel to The Disposables into a fantastic cat and mouse thriller. Loaded with suspense that intensifies throughout, Jonas proves a very competent puppeteer pulling the strings of valiant desperate Bruno and equally brave Marie.” —The Midwest Book Review

“Harsh, brutal, violent―Bruno is not averse to employing a bit of the aforementioned in his efforts to get him closer to the missing kids. So probably not a book for the faint-hearted. I loved it myself. … great characters with heart, doses of humour and plenty of action. Unlikely characters, such as Karl Drago – our whale-like bank robber revealing hidden depths of humanity and stoicism and a desire to do the right thing, despite all the previous evidence to the contrary. A fantastic read. 5 from 5.” ―Col’s Criminal Library

“The Replacements is a book that reels you in with the hope of a happy story, but first drags you along the rocks of despair. It shows the reader that even through trials and heartache, one can still come out strong and righteous.”―Killer Nashville

“The Replacements is listed as a thriller. And it is just that. As the plot thickens, Bruno's heart is racing as will yours as you read of his exploits. You know that he is wanted by the FBI. But on realizing that he is giving his kids a life free of fear and torture, you just have to be on his side. I thoroughly enjoyed this book and am anxiously awaiting the next episode.” ―Bookloons.com