The Request For Lambency (Paperback) 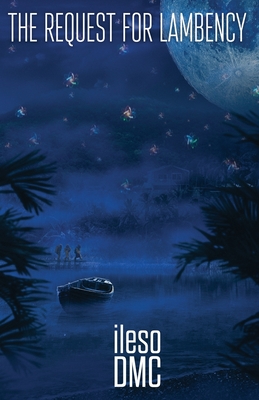 The entire world, set in the near future, has changed since the discovery of these ‘requests.’ New businesses and services are created to capture this significant moment after death. All religions are forced to translate what this peaceful, yet unusual occurrence means with the consensus being that their supreme being is allowing one sentimental object to be taken into their afterlife. Social media erupts with new apps to track these request videos as the global public has an addiction to them.

Powa is a teenager who partially uploads a request video that creates a social media frenzy. She successfully leaves summer school to escape her pursuers who happen to be an aggressive corporation that is grossly invested in the well-being of the human body. To make matters worse, a government agency whose assignment is to authenticate all request videos, services, and businesses is demanding to view that video in its entirety.

Unable to determine friend from foe, she confides in an unacquainted classmate who convinces her to take a journey from her hometown to San Diego’s Comic-Con as they pick up his slightly unusual friends along the way. Along the way, they learn of other cruel measures companies are willing to invest in having their device be the object of ‘the request.’ They soon discovered that to be more difficult than they had anticipated. Only one corporation was the exception to this rule. They believe the final piece to the puzzle lies with Powa even though she is convinced other celestial forces are at play.

ileso DMC is a migrant from the fabulous land of Costa Rica. Of course you ask, “Who would want to leave the land of vacation?” Let’s just say it was a family affair. The inspiration to begin writing came with a storyline that I believe had never been told. So I started writing down pieces of the story. Next thing I know, I wrote the story. Did I want to publish it? Yes. But the arduous task of marketing was far beyond my comprehension. I wrote several other manuscripts and here I am, years later, ready to launch a novel out to the masses. There’s more to tell. Always more to tell. Authors are just people that love to gossip about the voices in their heads but in a beautiful way.