The Spawn of Lilith (Paperback) 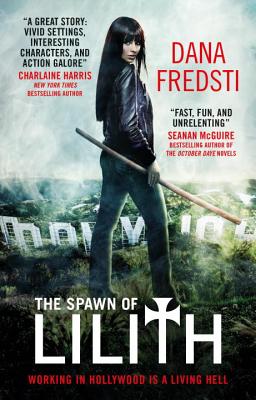 Out of the spotlight, in the darker corners of the studio backlots, Hollywood hides a remarkable secret. Actor or actress, set designer, electrician, best boy, or grip—in la-la land, it pays not to be human. Vampires, succubae, trolls, elementals, goblins—studios hire anyone and anything that can take direction, be discreet, and not eat the extras. (The less you know about your agent, the better.)
Though only human, stuntwoman and struggling actress Lee Striga is a member of the legendary Katz Stunt Crew. They’re the best in the biz, in part because they can y, and boast superhuman strength.
When Lee lands a job on the movie Pale Dreamer, however, not everyone is following the script. It’s up to her to gure out who—or what—is killing the cast and crew. Especially when Lee goes from stuntwoman to lead role... and the next target.