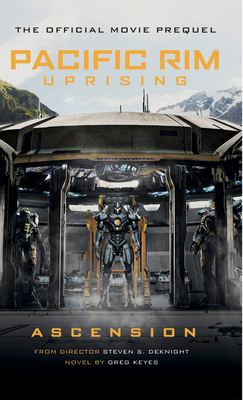 It's been ten years since humanity's war with the monstrous Kaiju ended and the Breach at the bottom of the Pacific Ocean was sealed. The Pan Pacific Defense Corps remains vigilant in anticipation of the Kaiju's return, expanding and advancing their fleet of massive mechs known as Jaegers and accepting the best and the brightest candidates into the Jaeger Academy Training Program to forge the next generation of heroes.

Training is competitive and positions are few. Ou-Yang Jinhai and Viktoriya Malikova grew up in the ashes of the Kaiju War and followed different paths to join the latest batch of cadets at the Moyulan Shatterdome, the most prestigious PPDC training location in the world. Yet not long after their arrival, tragedy strikes as a deadly act of sabotage casts suspicion on the new cadets. Together they must work to clear their name and discover the truth as dark forces conspire against them and new threats surface from both sides of the Breach...

Greg Keyes is the New York Times best-selling author of the novels The Waterborn, The Blackgod, plus The Age of Unreason tetralogy. He has also written the Star Wars: New Jedi Order novels Edge of Victory I: Conquest, Edge of Victory II: Rebirth, and The Final Prophecy, as well as tie-ins to the popular Elder Scrolls video game franchise. He lives in Savannah, Georgia.