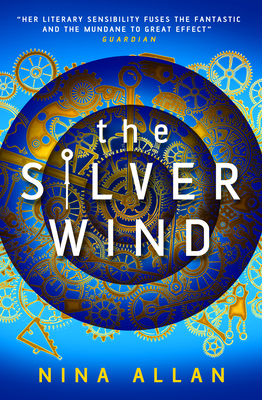 Named as one of '50 Writers You Should Read Now' by The Guardian. From the award-winning author of The Rift, Nina Allan, The Silver Wind is a remarkable narrative exploring the nature of time itself.

Martin Newland is fascinated by the nature of time. Watches and clocks are for him metaphorical time machines, a means of coming to terms with a clouded past and voyaging forward into the future. But was his first timepiece a Smith, given to him on his fourteenth birthday, or the Longines he received as a present four years later? Was it the small brass travelling clock unearthed in the run-down house for which he is to act as estate agent? And who is the maker of these time machines?

Clues abound but contradict each other: was it an ex-seaside circus performer, or a 'miracle dwarf' engaged in a government project to subvert the course of time into parallel realities? As Martin pursues these mysteries, is he haunted by the spirit of his dead brother, or by the death of his beloved sister?

"A twisting, haunting work of speculative fantasy, pulsing with the dull ache of a fading dream and intoxicating its audience with disorienting what-ifs....  Working through the eerie and mysterious locations of Nina Allan’s book requires concentration, imagination, and an eye for detail, but all are rewarded. This funky trek through time should not be missed."  --Foreword Review

"Allan’s prose is consistently ultra-lucid; unsentimental yet capable of evoking deep emotions; and simultaneously full of gravitas and the quotidian muck and mire of life. The characters in all their permutations are totally believable, and a sense of life’s multifarious possibilities—traps and evasions—radiates off them. Of course, the very architecture of the book brilliantly embodies and reflects the physics and metaphysics of her conception of time as well. Readers who cherish Wolfe’s The Fifth Head of Cerberus for its insidiously thrilling mind games now finally have a volume to stand proudly alongside that classic." - Locus