The Digital Storm: A Science Fiction Reimagining Of William Shakespeare's The Tempest (Hardcover) 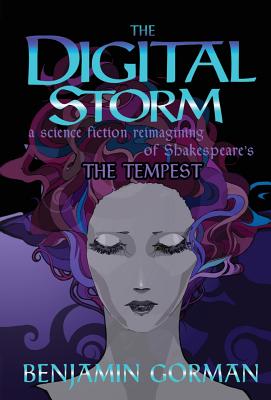 The Digital Storm is an ingenious science fiction retelling of Shakespeare's The Tempest set in the near future inside a bank's intranet. Prosper, the analogue to Shakespeare's Prospero, is an artificial intelligence program who has been banished to a quarantined area in the bank's system, and there he's created an amazing virtual island home for himself, his daughter Memoranda, and the monstrous virus Caliban. Now, with the help of Ariel and the other programs he's invented on the island, he's conjured a massive digital attack on the bank's system to entice the members of the board, the very humans who exiled him, to enter the system so he can seek his revenge and escape to the Internet. But just how far does his revenge plan go?

"Whether doling out interesting trivia about frogs or inserting comic relief into scenes of discord, Gorman seems to be enjoying taking the reader on a satisfying journey in which, much like the resolutions of Shakespeare's plays, most of the characters get exactly what they deserve."
-Debby Dodds, author of Amish Guys Don't Call

"A cautionary tale, The Digital Storm reminds us of our own humanity and our responsibility to treat our world and each other with kindness and compassion or face dire consequences."
-Mikko Azul, author of the forthcoming The Staff of Fire and Bone

"I found myself quickly drawn into Prosper's world, and before I knew it he was as 'real' to me as any of the other characters in the book. Whether you're a fan of science fiction or just a fan of a well-written story, this book will not disappoint. The Digital Storm explores such universal issues such as loyalty, family, revenge and redemption."
-Ronda Simmons, blogger at The Writing Bug