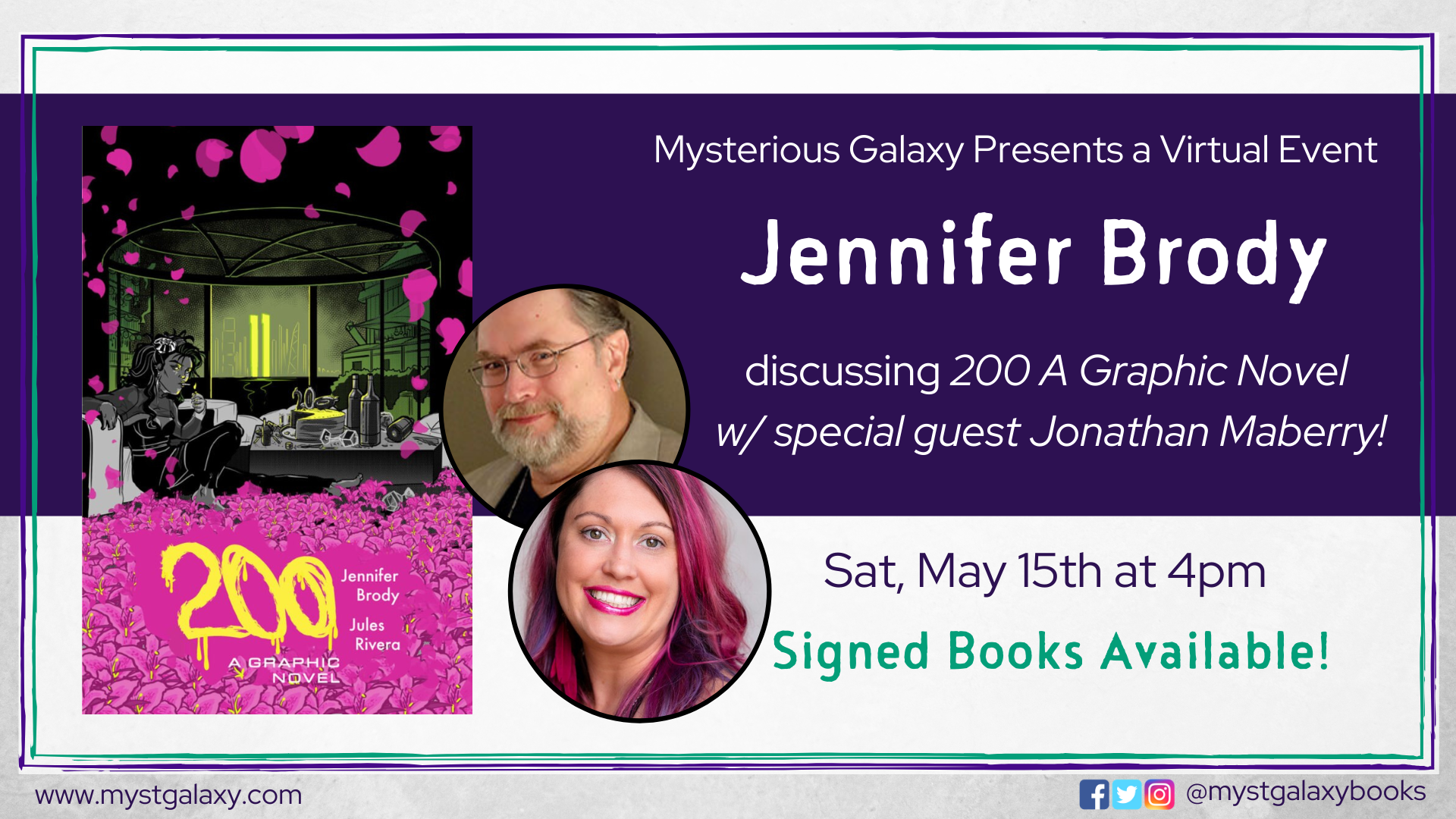 Event date:
Saturday, May 15, 2021 - 4:00pm
How to join our Livestream
Our livestreams are hosted on Crowdcast! To view and register for the event click here!
View our virtual event code of conduct here. Please note that it applies to all attendees, authors, and moderators and is to ensure our event spaces stay a positive, welcoming place for respectful discussions and multiple perspectives.
Accessibility:
Real-time captioning for all Crowdcast events is available via Google Chrome. For enabling captions, please follow this guide. More info here.
How to Order a Signed Book
With the purchase of the author's book at checkout under “Order Comments” write if you would like a signed copy. Signed copies are available while supplies last.
About the Author
Jennifer Brody is the award-winning author of The 13th Continuum. Her debut novel sold in a 3- book deal and is being packaged into a television show. Her book is a Gold Medal Winner from the Independent Publisher‘s Moonbeam Children’s Book Awards. Return of the Continuums and The United Continuums complete her epic trilogy. Translation rights have sold in multiple territories, most notably Russia and China. She lives and writes in LA, where she’s hard at work on her next book.
Jonathan Maberry is a New York Times bestselling author, five-time Bram Stoker Award winner, and comic book writer. He writes in multiple genres including suspense, thriller, horror, science fiction, fantasy, and adventure; and he writes for adults, teens, and middle grade. His works include the Joe Ledger thrillers, Glimpse, the Rot & Ruin series, the Dead of Night series, The Wolfman, The X-Files Origins: Devil’s Advocate, Mars One, and many others. Several of his works are in development for film and TV, including V Wars, which is a Netflix original series. He is the editor of high-profile anthologies including the X-Files books, Aliens: Bug Hunt, Out of Tune, Hardboiled Horror, Baker Street Irregulars, Nights of the Living Dead, and others. He lives in Del Mar, California. Visit him at JonathanMaberry.com and on Twitter (@JonathanMaberry) and Facebook.

Don’t Turn Out the Lights: A Tribute to Alvin Schwartz's Scary Stories to Tell in the Dark (Paperback)

Zombie CSU:: The Forensic Science of the Living Dead (Paperback)

Don’t Turn Out the Lights: A Tribute to Alvin Schwartz's Scary Stories to Tell in the Dark (Hardcover)