Virtual Event - Adalyn Grace discussing All the Tides of Fate 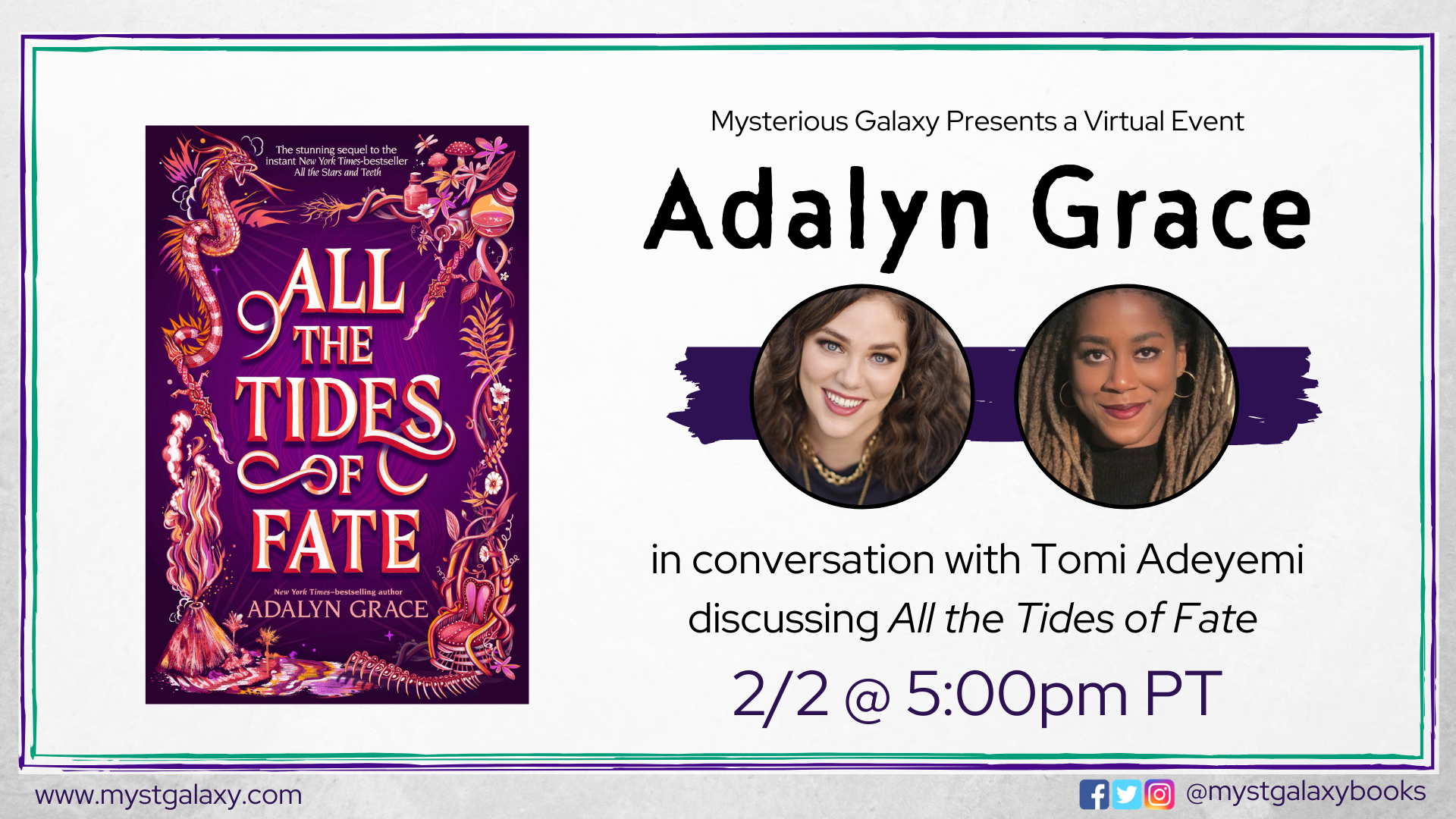 Event date:
Tuesday, February 2, 2021 - 5:00pm
Ticketed Event
A Viewing Ticket to this event is included with your purchase of All the Tide of Fate or All the Stars and Teeth. All ticket holders will be emailed the exclusive login information on the morning of the event.
How to Order a Signed/Personalized Book from Adalyn Grace
With the purchase of the author's book at checkout under “Order Comments” write if you would like a signed or personalized book and to whom it should be personalized. Personalization requests are due one week after the event. Please note that it may be up to several business weeks after the order deadline for you to receive your book. Thank you for understanding!
About the Author

Adalyn Grace is a New York Times bestselling author of All the Stars and Teeth, which was named “2020’s biggest YA fantasy” by Entertainment Weekly. Prior to becoming an author, Adalyn spent four years working in live theatre, acted as the managing editor of a nonprofit newspaper, and studied storytelling as an intern on Nickelodeon Animation’s popular series The Legend of Korra. Local to San Diego, Adalyn spends her non-writing days by watching too much anime, and by playing video games with her bossy cat and dorky dog.

Named one of TIME magazine's 100 most influential people, Tomi Adeyemi is a Hugo and Nebula Award-winning Nigerian-American writer and storyteller based in Los Angeles, CA. After graduating from Harvard University with an honors degree in English literature, she studied West African mythology, religion, and culture in Salvador, Brazil. Her first novel, Children of Blood and Bone, debuted at #1 on the New York Times Bestseller list and is being developed into a movie by Disney's Fox & Lucasfilm. Its highly anticipated sequel, Children of Virtue and Vengeance, also debuted at #1 on the New York Times Bestseller list. When she’s not working or playing with puppies, Tomi can be found teaching creative writing at thewritersroadmap.net. In 2020, she was named one of Forbes 30 Under 30 in Media, and her website has been named one of the 101 best websites for writers by Writer’s Digest.

Children of Virtue and Vengeance (Legacy of Orisha #2) (Hardcover)

Children of Blood and Bone (Legacy of Orisha #1) (Hardcover)