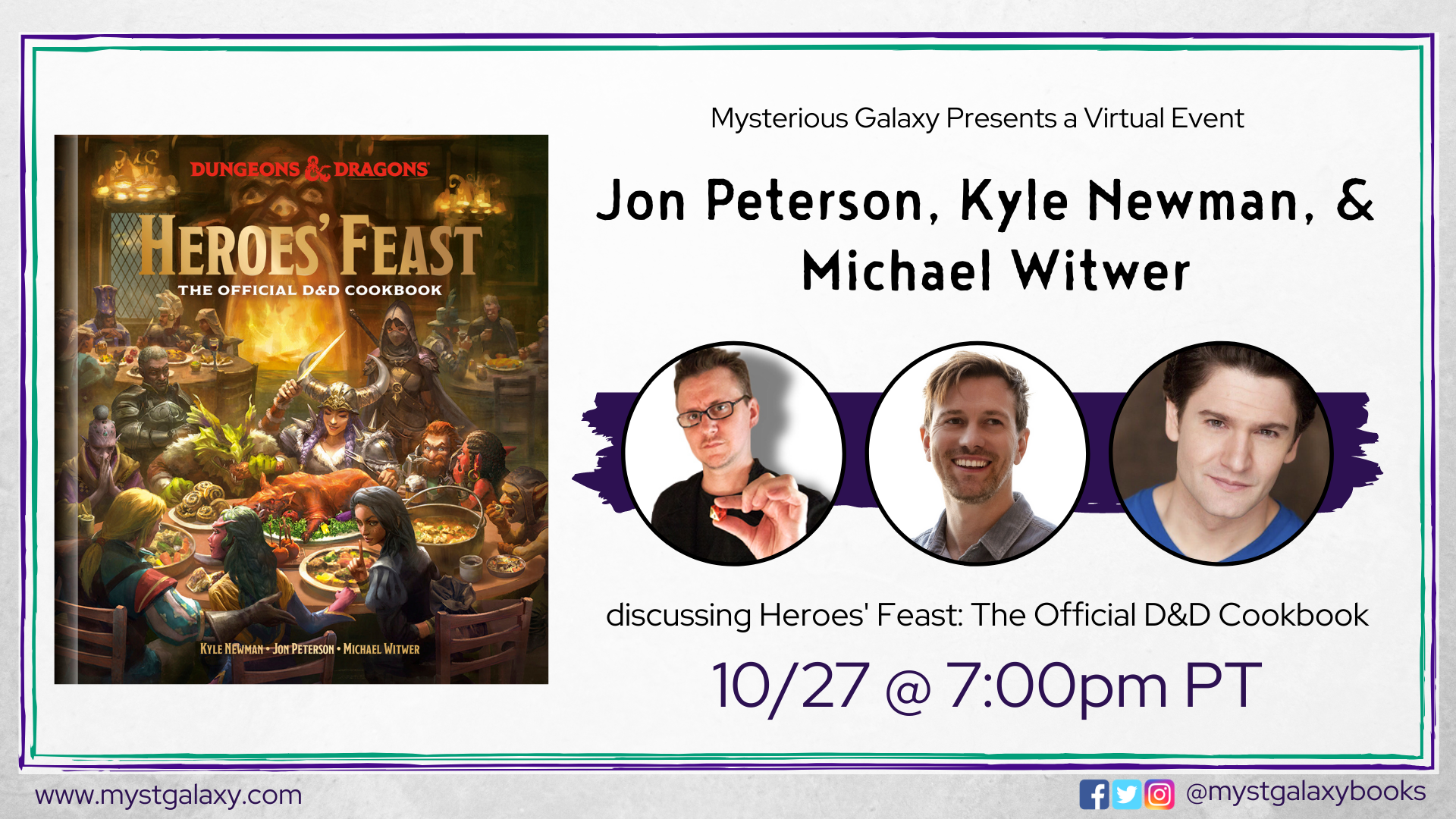 Event date:
Tuesday, October 27, 2020 - 7:00pm
Join us in celebrating Heroes' Feast The Official D&D Cookbook with its authors! All eighty dishes—developed by a professional chef—are delicious, easy to prepare, and composed of wholesome ingredients readily found in our world.
How to join our Livestream
Our livestreams are hosted on Crowdcast! To view and register for the event click here!
View our virtual event code of conduct here. Please note that it applies to all attendees, authors, and moderators and is to ensure our event spaces stay a positive, welcoming place for respectful discussions and multiple perspectives.
How to Order a Signed Bookplate
At checkout under “Order Comments” write if you would like a signed bookplate. Please note that it may be up to several business weeks after the order deadline for you to receive your bookplate. Thank you for understanding!
About the Authors
Kyle Newman is a Hugo Award-nominated author and award-winning filmmaker who has directed numerous feature films including Fanboys written by Ernest Cline and Barely Lethal starring Samuel L. Jackson for A24 Films. He has created videos for the music industry’s top artists including Lana Del Rey and Taylor Swift. His client list includes The Microsoft Corp., Interscope Records, Starz Entertainment, The Coca-Cola Company, 20th Century Fox, Entertainment Weekly, Universal Republic Music, Endemol Shine, Buzzfeed and Lucasfilm, Ltd.
Michael Witwer is a bestselling author known for his work on the Hugo-nominated Dungeons & Dragons: Art & Arcana, the critically acclaimed Empire of Imagination: Gary Gygax and the Birth of Dungeons & Dragons, and Heroes' Feast: The Official Dungeons & Dragons Cookbook. Widely considered an expert on D&D history, Michael has spoken on the topic at a variety of venues such as Google, Pixar, Lucasfilm, top gaming conventions and book festivals, and on NPR’s All Things Considered. His books have won many honors, including being selected as a Hugo Award finalist, a Diana Jones Award nominee, a Locus Award finalist, and a GeekDad "Best Book of the Year."
Jon Peterson is a widely recognized authority on the history of games. His book Playing at the World was called "the first serious history of the development of Dungeons & Dragons" by The Village Voice. He has contributed to many academic anthologies on games including Zones of Control and Role-Playing Game Studies, as well as gaming and geek culture websites.