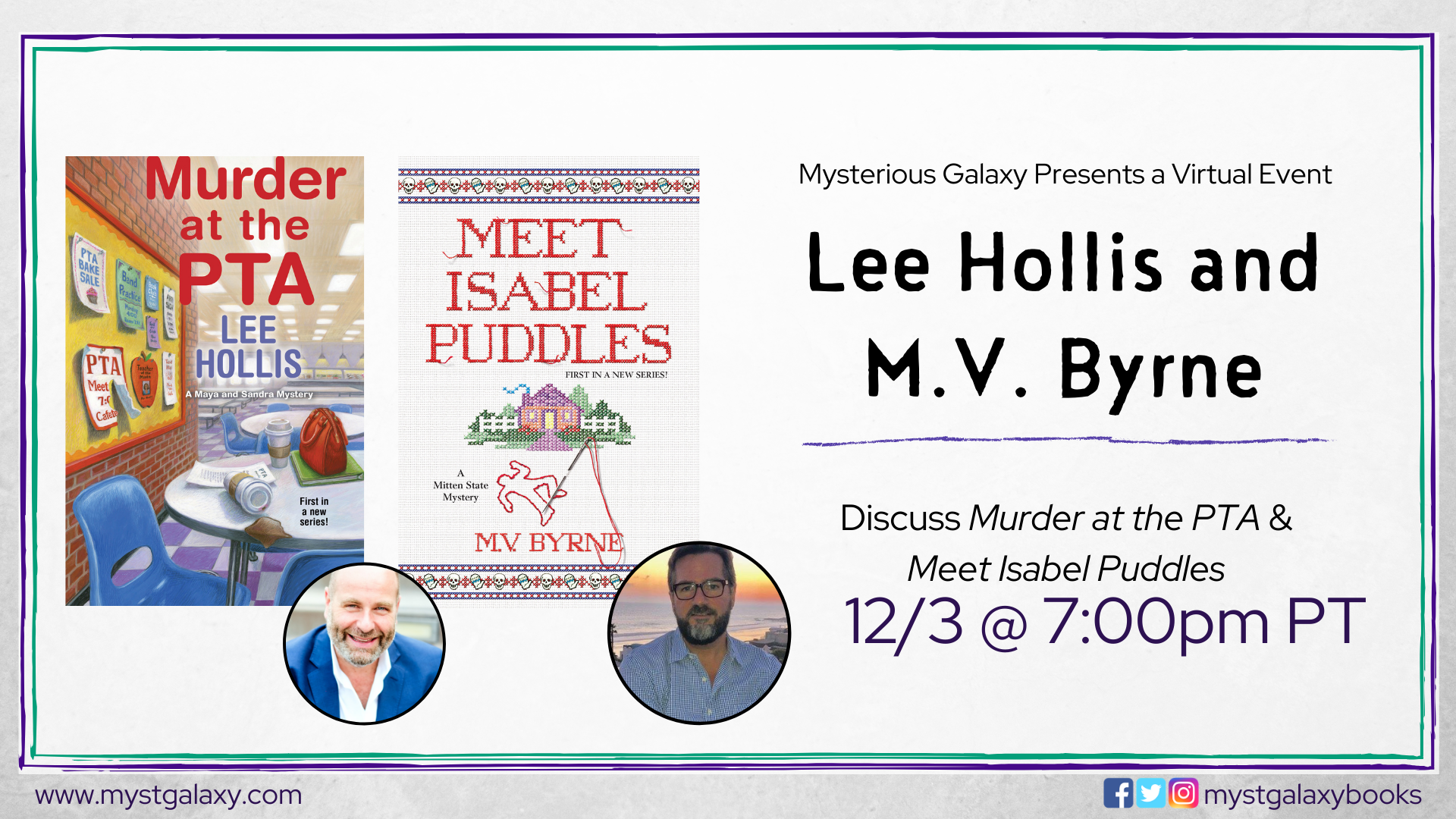 Event date:
Thursday, December 3, 2020 - 7:00pm
How to join our Livestream
Our livestreams are hosted on Crowdcast! To view and register for the event click here!
View our virtual event code of conduct here. Please note that it applies to all attendees, authors, and moderators and is to ensure our event spaces stay a positive, welcoming place for respectful discussions and multiple perspectives.
About the Author
LEE HOLLIS is the pen name for Rick Copp, a veteran Hollywood screenwriter who has written for numerous television series, including The Golden Girls, Wings, Scooby-Doo, Teen Titans, and Barbershop. He is the co‑writer of The Brady Bunch Movie and has written a number of novels under his own name. He also produces, writes, and stars in the hit web series Where the Bears Are. With his sister Holly Simason, he co‑authors the Hayley Powell Food & Cocktail Mysteries book series using the Lee Hollis name. He lives in Palm Springs, California.
M.V. Byrne was born and raised in Lansing, and much like the heroine of his Mitten State Mystery Series, his family has had a home on Lake Michigan for nearly 100 years. He has an extensive career in television, first working at NBC on shows including Today, The David Letterman Show and Saturday Night Live, and later writing for Mysteries & Scandals on E! Entertainment, Behind the Music at Vh1, The Tyra Banks Show, Good Morning America and Nancy Grace, to name a few. He currently lives in Los Angeles, where he continues to work as a writer/producer in unscripted television, but still goes back to his home state of Michigan every summer. He can be found online MVByrne.com
How to Order a Signed Bookplate for Murder at the PTA and Meet Isabel Puddles
At checkout under “Order Comments” write if you would like a signed bookplate.
Please note that it may be up to several business weeks after the order deadline for you to receive your bookplate. Thank you for understanding!
Special Giveaway!

When you  order Murder at the PTA and Meet Isabel Puddles  through Mysterious Galaxy you'll get a a Kensington cozy coaster and notebook! 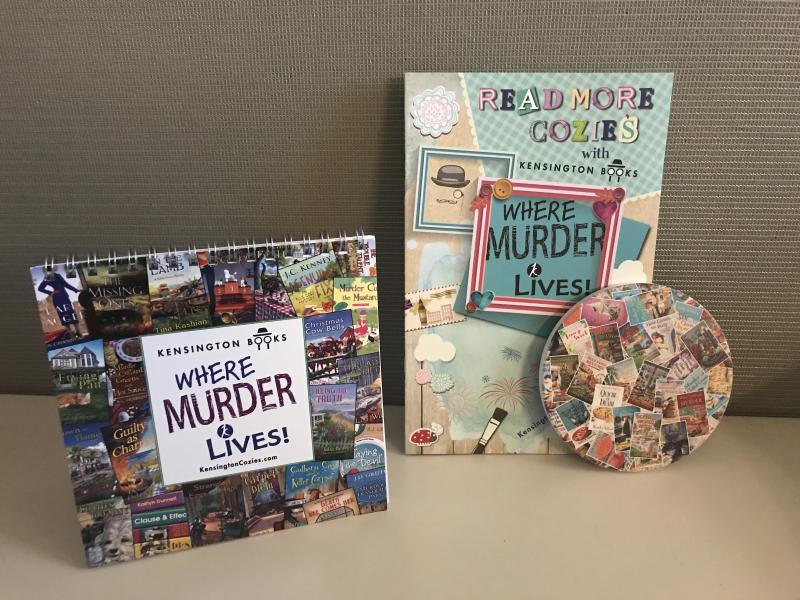