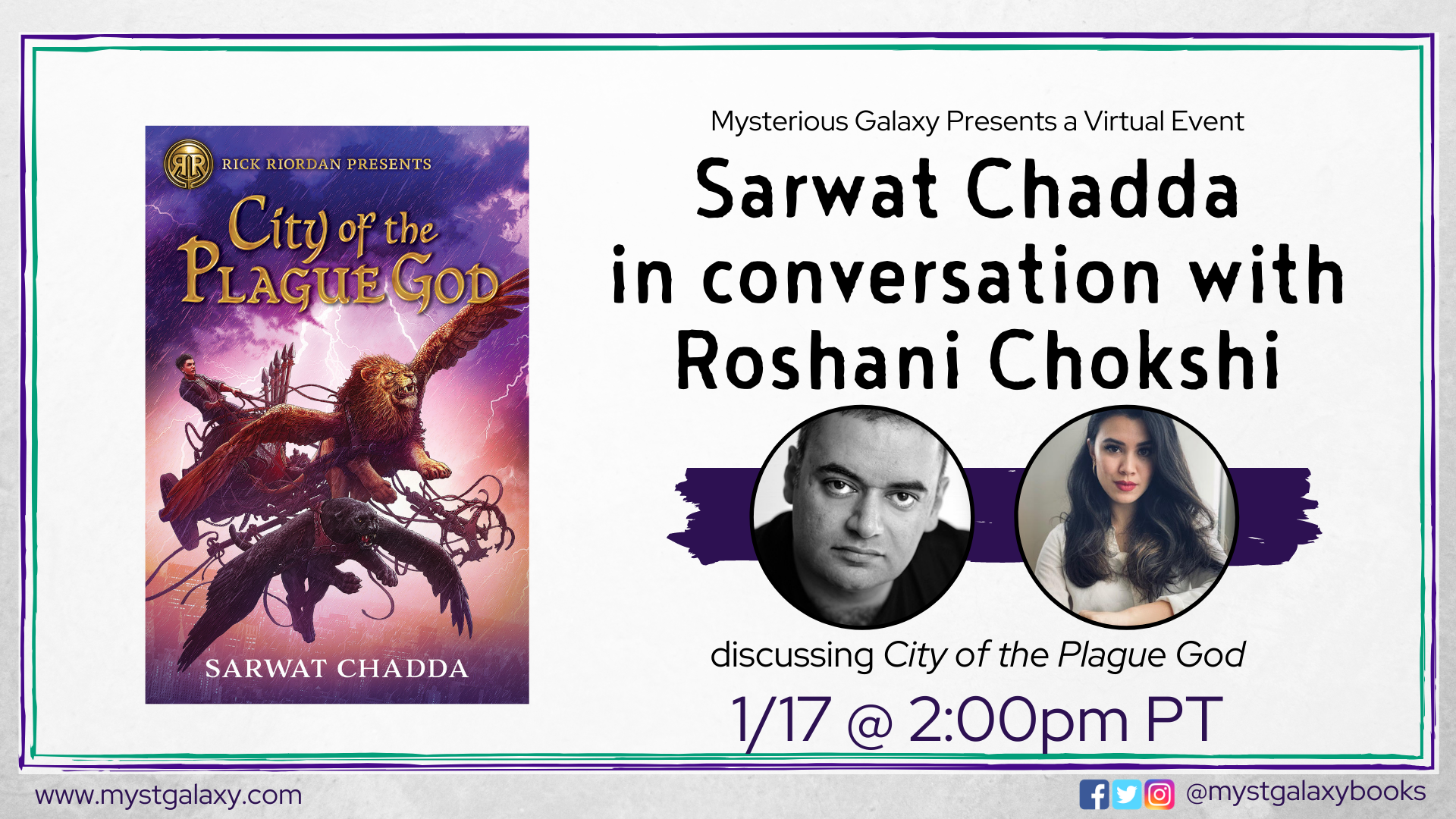 Event date:
Sunday, January 17, 2021 - 2:00pm
How to join our Livestream
Our livestreams are hosted on Crowdcast! To view and register for the event click here!
View our virtual event code of conduct here. Please note that it applies to all attendees, authors, and moderators and is to ensure our event spaces stay a positive, welcoming place for respectful discussions and multiple perspectives.
How to Order a Signed/Personalized Bookplate from Sarwat Chadda and/or Roshani Chokshi
With the purchase of the author's book at checkout under “Order Comments” write if you would like a signed or personalized bookplate and to whom it should be personalized. Personalization requests are due one week after the event. Please note that it may be up to several business weeks after the order deadline for you to receive your bookplate. Thank you for understanding!
About the Authors
Sarwat Chadda, a first generation Muslim immigrant, has spent a lifetime integrating the best of his family's heritage with the country of his birth. There have been tensions as well as celebrations, but he wouldn’t wish it any other way. As a lifelong gamer he decided to embrace his passion for over-the-top adventure stories by swapping a career in engineering for a new one as a writer. That resulted in his first novel, Devil’s Kiss, back in 2009. Since then he has been published in a dozen languages, writing comic books, TV shows, and novels such as the award-winning Indian mythology-inspired Ash Mistry series and the epic high-fantasy Shadow Magic trilogy (as Joshua Khan). While he’s traveled far and wide, including Africa, the Middle East, and Asia, he’s most at home in London, where he lives with his wife, two more-or-less grown-up daughters, and an aloof cat. Feel free to drop him a line @sarwatchadda.
Roshani Chokshi (www.roshanichokshi.com) is the author of the instant New York Times best-selling first two books in the Pandava series, Aru Shah and the End of Time and Aru Shah and the Song of Death. She also wrote the New York Times best-selling YA books The Star-Touched Queen and The Gilded Wolves. She studied fairy tales in college, and once had a pet luck dragon that looked suspiciously like a Great Pyrenees dog. The Pandava novels were inspired by the stories her grandmother told her as well as Roshani's all-consuming love for Sailor Moon. She lives in the south and says "y'all," but she doesn't really have a Southern accent. Her Twitter handle is @roshani_chokshi.

City of the Plague God (Hardcover)

The Gilded Wolves: A Novel (Paperback)